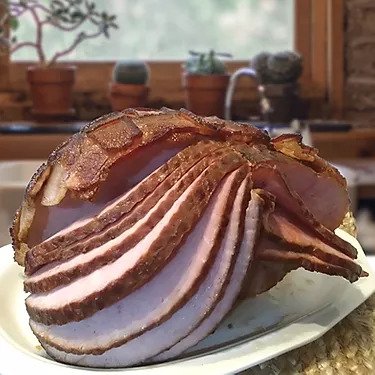 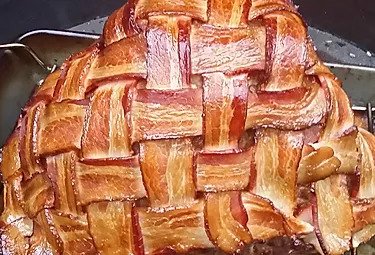 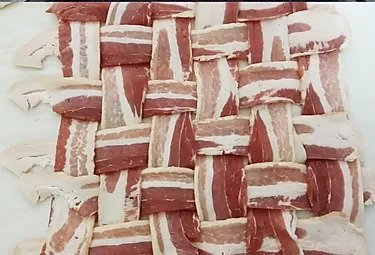 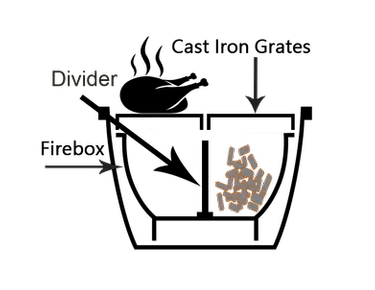 Dress your smoked Christmas ham in candied bacon for the Holidays

This time of year, is best shared with the three “F’s” friends, family and food. But who wants to be stuck in the kitchen and missing out on all the fun? This Double Smoked Bacon Wrapped Ham is perfect because not only is it simple but since we’re using a ham that is fully cooked, it’s fast to prepare as well. We all know anything covered with bacon is good. So, let’s dress your Christmas ham in candied bacon for the holidays. ​Don’t worry, it’s easier than you think.

Set up your Goldens Cast Iron cooker for smoking using the indirect cooking method according to the configuration image on this page. Preheat your cooker to 325 degrees and then adjust the bottom air intake vent and top cover to bring the temperature down to 250 degrees. Add your soaked wood chunks directly on your lump charcoal and loosely stir them in with the charcoal.

​While your Goldens’ Cast Iron Cooker is heating up. Let’s get started dressing our ham.

​Unwrap your ham and place it cut side down on a wire rack and put it in a large shallow baking pan. Score the surface of your ham in a crisscross pattern, taking care not to cut too deeply. Set your ham to the side and let’s get started on our glaze. In a medium sauce pan, combine the cola, butter and brown sugar. Heat until the brown sugar dissolves. Allow the mixture to cool to room temperature. Pour half of the glaze mixture over your ham allowing the excess liquid to drip into the bottom of the pan.

Now, let’s get to work on our bacon basket weave. Lay a piece of parchment paper down on a flat surface and create your bacon basket weave pattern. The weave helps hold the bacon in place so that it doesn’t slip or fall apart. Once done, carefully flip it over your prepared ham.

​Now that your cooker has warmed to 250 degrees, carefully place your ham-filled roasting pan on the cool side of the cooking surface, away from heat source of your cooker, and close the dome. Allow your ham to smoke 12 minutes per pound of ham or until the internal temperature reaches 140 degrees. Pour the remaining glaze mixture over your ham and allow to cook until the temperature reaches 160 degrees. Resist the urge to take a peek at your ham as much as possible. You don’t want to lose any of the nice smoke.

​Carefully remove your ham from the cooker and allow it to sit 20 minutes before serving. Enjoy and graciously accept the complements for the best tasting ham ever!

​*Ingredient measurements may vary, depending on the size of your ham.