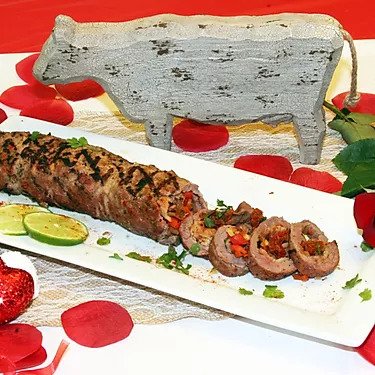 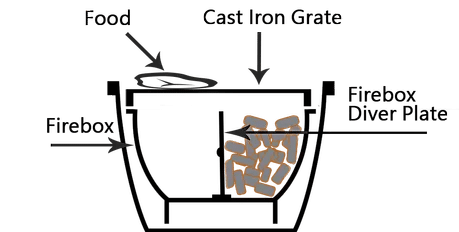 If you’re looking to impress a loved one with a special Valentine’s Day dinner, look no further. Our Fajita Roulade looks impressive but is easy to make. So, what exactly is a Roulade? Originally a French word, roulade means “rouler” or “to roll.” Basically, roulade is a meat roll-up filled with a variety of ingredients. Today, we’re going to prepare a Fajita-inspired Roulade. This is one of the easiest dishes you’ll make yet it looks like you’ve been working in the kitchen for hours on end.

Take your tenderloin and place it in between two sheets of plastic wrap. Begin to pound it with a mallet using a slam and pull motion. This stretches the meat and thins it out. Continue to pound the tenderloin until you have a uniform 1/4-inch thickness. Season both sides with your fajita seasoning, kosher salt and pepper. Set it to the side.

​In a small pan, cook four pieces of bacon and reserve the drippings.

​Set up your Goldens’ Cast Iron Cooker for roasting according to the diagram on the left and heat it to 350 degrees. Cook your tenderloin on the Goldens’ Cast Iron Cooker until the internal temperature reaches 140-145 degrees for medium doneness 150-155 for medium-well and 160 for well-done. Carefully, remove your tenderloin and brush the outside with the remaining bacon drippings and allow it to rest for 15 minutes before cutting.

​If you would like to elevate this dish for a more romantic or fun element, melt Queso in a Fondue pot. Have a little “Fun-Do” by dipping meat and veggies in the warm cheese dip.