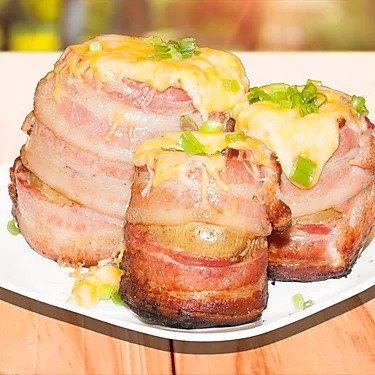 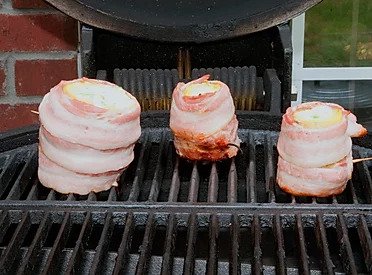 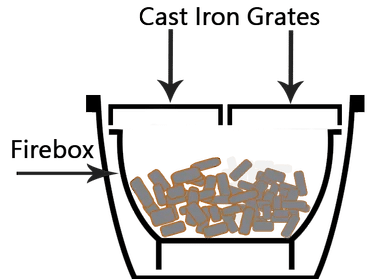 This new twist on the classic baked potato will blow you away. Wood-fired flavors permeate the melted cheese while it oozes out of a bacon wrapped potato. This side dish will please all your senses.

​Take a medium bowl and add the cream cheese, most of your cheese blend, green onion, salt and pepper. Mix well. Carefully spoon the cheese mixture into the potatoes keeping the potato sides intact. Wrap each potato with three slices of bacon and secure the bacon with a toothpick.

​Set your Goldens’ Cast Iron Cooker for direct heat and preheat to 350 degrees. Add the potatoes and cook them for an additional 15 minutes. Top the potatoes with remaining cheese blend and cook on the cooker for an additional 5 minutes allowing the cheese topping to melt. Carefully remove the potato volcanos from your cooker and allow them to set for 10 minutes. Remove the toothpicks, sprinkle chopped green onions on top and serve. Your family and guests will love it when they cut into the potato allowing the melted cheese center to ooze out.