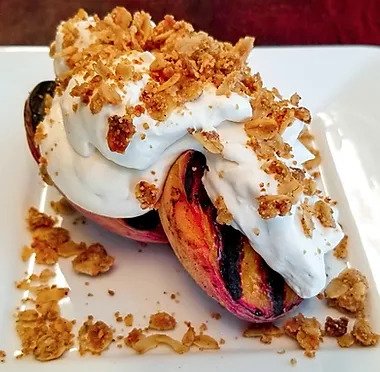 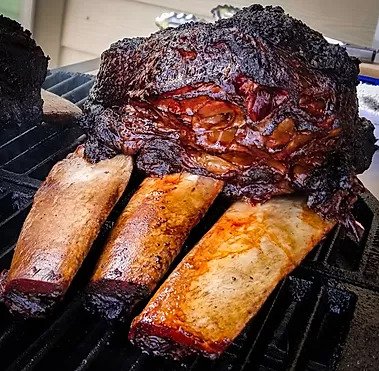 Allow to cook for 5-6 minutes. At this point, the squash should be ready to come off, and corn will need to be turned to allow for uniform cooking on all sides. Allow corn to cook approximately 5 minutes per side, until desired color is achieved, set both aside to cool.

Heat a cast iron skillet on your grill, add the sliced bacon and allow to cook until crispy and fat has rendered, remove from pan with a slotted spoon and drain on paper towels (or a slice of bread if you’re feeling dangerous) to remove excess fat. While this is cooking, dice the squash and remove the corn kernels from the cob and set aside.

Add the tomatoes in and remove from the heat. Toss together the olive oil, chives, cooked bacon, and mixture from your pan, season to taste with salt and pepper, and enjoy. Serve warm or at room temperature.

Note : (For this recipe, we used crook neck yellow squash, local butter beans, and heirloom tomatoes, but use what is in season and you can get locally! )