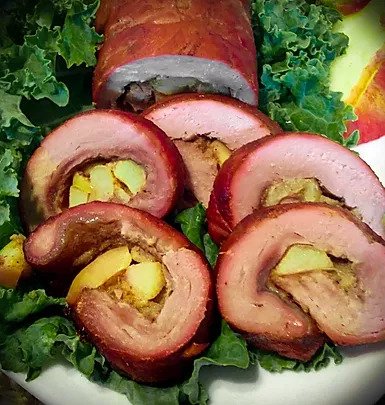 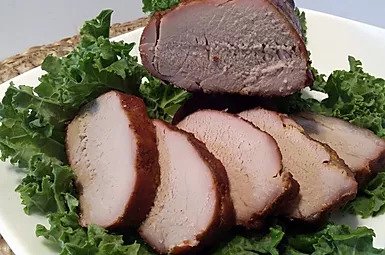 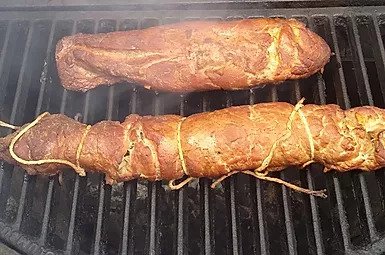 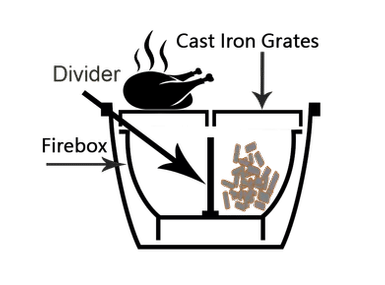 As the season changes from Summer to Autumn not only do we see changes in temperatures and leaves turning from green to golds and reds, we also see changes in the foods we eat. Autumn menus often include fresh harvests of gourds, apples and nuts. The pumpkin seems to be the most recognized autumn gourd and with it an influx of pumpkin spice recipes. Pumpkin spice is a mixture of five aromatic spices: cinnamon, ginger, nutmeg, allspice and cloves. It may be used in a variety of dishes. Pumpkin spice may be purchased from most grocery stores or you may mix your own. Today, we’re going to prepare a Skillet Apple Pumpkin Spice Pork Loin Roulade.

Mix the ingredients together in a small bowl.

Place the pork loin in between two sheets of plastic wrap and begin to pound it flat by striking the meat using a hit and pulling motion with a kitchen mallet. Flatten your pork loin to an approximately ¼” thickness. Cut off uneven edges to make a nice rectangular shape.

​Pork loin tends to be dry so brush the inside and outside with bacon drippings. This step will also help the rub to stay on the pork. Liberally apply the pumpkin spice rub to both sides of your pork loin. Cover the pork loin in plastic wrap and place it in the refrigerator overnight.

In a skillet over a medium to a high heat, add apple juice and diced apples. Cook the apple mixture until it is tender. Spoon the cooked apples into a bowl, add the chopped pecans and set it over to the side. Reserve the liquid in your skillet for the next step.

Add the remaining ingredients to your skillet and whisk it together. Cook it over a medium heat until the mixture begins to thicken. Add your apple and pecans from the bowl to the skillet and stir until everything is evenly coated. Allow the mixture to cool.

Pull your pork loin from the refrigerator. Add a layer of the cooled apple filling onto the side of your pork loin that is facing up. Roll the pork loin into a log and secure it with cotton twine at ¼ intervals.

Set your Goldens’ Cast Iron Cooker for indirect smoking using the fire box divider. You want to smoke the pork loin at 225 degrees and at Goldens’, we used apple wood chunks for smoke. Smoke your pork loin until the internal temperature reaches 145 degrees Fahrenheit. Carefully remove the pork loin from your cooker and allow it to set for 10-15 minutes before cutting.

​The pumpkin spice rub is perfect for a variety of cuts of pork. You can use it on anything from a Boston butt to pork chops. Enjoy!