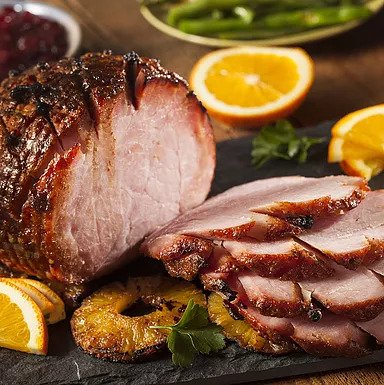 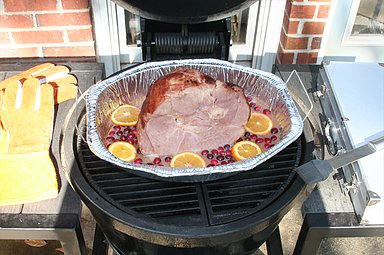 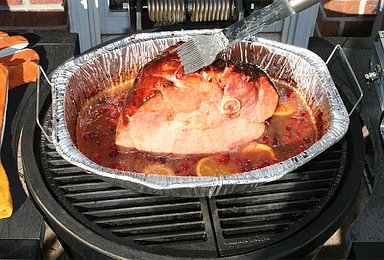 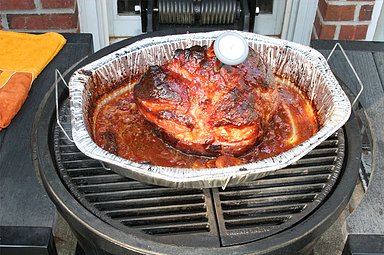 Surprise your family and friends with this twice-smoked ham recipe.

​Combine 1 1/2 cups of orange juice, orange zest, cranberry sauce and brown sugar. Stir until sugar dissolves. Place your ham in a roasting pan and pour mixture over the ham. Pour remaining orange juice in the bottom of the roasting pan, arrange half of the thinly sliced oranges, cranberries and cinnamon stick around the ham and place in your cooker.

​Baste the ham in pan drippings every half hour until ham’s internal temperature reaches 140 degrees. Carefully remove your ham from the cooker and baste it again with pan drippings. Let your ham rest for about 20 minutes, slice and serve on platter with thin orange slices and cooked cranberries.